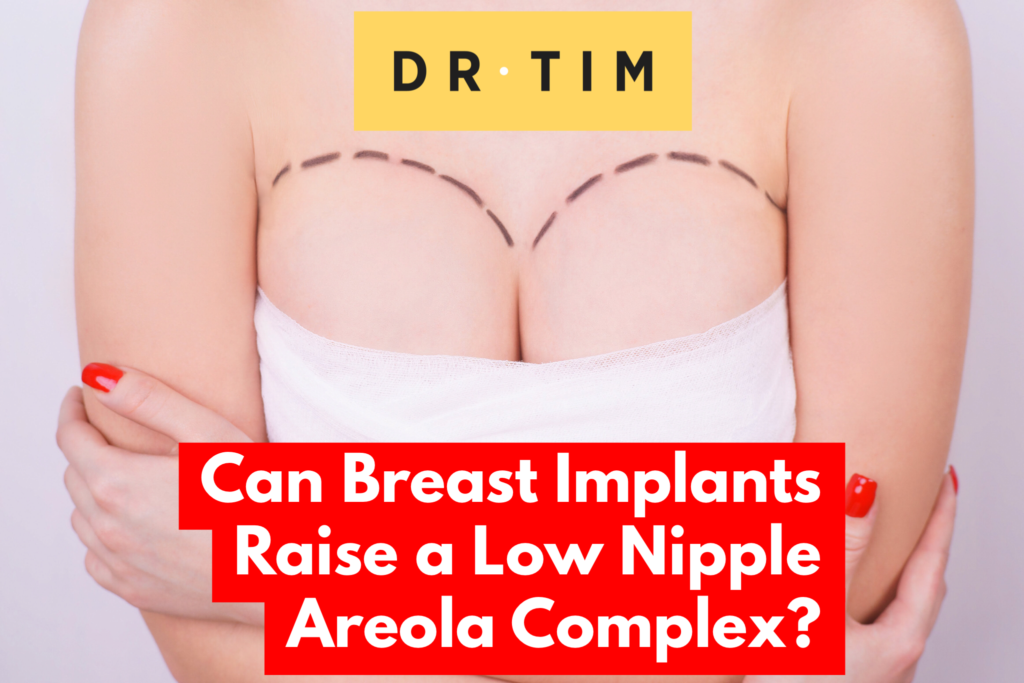 A youthful, cosmetically ideal breast has a nipple areola complex diameter of about 38-42mm.  Some breasts have large areolas from the time that they develop during puberty, and some enlarge later in life with pregnancy and breastfeeding. A large areola tends to make a breast look ’matronly’ even if it is not sagging. Nipple-areola complex diameter can deﬁnitely be reduced or enlarged, and this can be performed as a stand-alone procedure or as part of any breast enhancement procedure such as a lift, augmentation or reduction.

An attractive, well-positioned, and proportionate nipple areola complex is an important goal for many women looking to achieve a beautiful breast appearance. This small area of a woman’s anatomy can have a big impact on her satisfaction with her breasts. Women who are unhappy with the appearance of their nipple areola complexes, can have them corrected either alone or in combination with any breast enhancement procedure.

Breast augmentation with breast implants will not necessarily raise the nipple areola complex position in sagging breasts and in fact in some cases may make the areola larger. There are techniques to allow the implant to fall into the lower pole of the breast to create the illusion of lifting with more of the breast volume sitting lower on the chest. This is where using a tear drop (anatomical) breast implant can help as it creates a” bucket-handle” eﬀect on the nipple areola complex.

A periareolar (around the areola) or circumvertical (lollipop type) breast lifts are reasonable choices to reduce the nipple areola complex size and raise its position on the breast. These techniques reliably elevate the breast while keeping scars to a minimum. These breast lifts are desirable because of the nipple position (usually at or below the breast fold) and because of breast sagging. Neither nipple areola complex position nor breast sagging would be corrected with breast implants alone. “Blowing up the balloon” with larger breast implants will only create excessively large, still very saggy breasts. Reshaping the breast and elevating the nipple areola complex and breast back up onto the chest will play an important role in helping one achieve a cosmetically pleasing result.

Most plastic surgeons have a clear policy deﬁning the ﬁnancial responsibility of the surgeon and the patient in case of complications involving breast lifts, both short and long term. The policy should be made clear to each patient before surgery. It may differ from surgeon to surgeon with the majority of surgeons not charging their fee for reoperating on the patient but the patient having to pay the facility and anaesthesia costs.

Many women feel uncomfortable with their breasts their whole life because they had ’droopy’ or enlarged nipples or areolas that looked abnormal. A small surgical procedure to enhance the nipple areola complex can be extremely important for a woman’s self-esteem and self-image.

Question: Does it matter to you whether the nipple areola complex is proportionate to the remaining breast? You can leave a comment below.

Comment0 | Share | Tweet | print | email
Categories: Breast, Breast Augmentation, Breast Implant Revision, Breast Lift, Breast Reconstruction, Nipple Repair
Disclosure of Material Connection: Some of the links in the post above are “affiliate links.” This means if you click on the link and purchase the item, I will receive an affiliate commission. Regardless, I only recommend products or services I use personally and believe will add value to my readers. I am disclosing this in accordance with the Federal Trade Commission’s 16 CFR, Part 255: “Guides Concerning the Use of Endorsements and Testimonials in Advertising.”